100% reliable! Save up to 70% on your online money transfers from the comfort of your home CHECK OUR LOW RATES
Open
-

Cheap Calls to Albania with NobelApp

No smartphone? Phone cards work with ALL phones 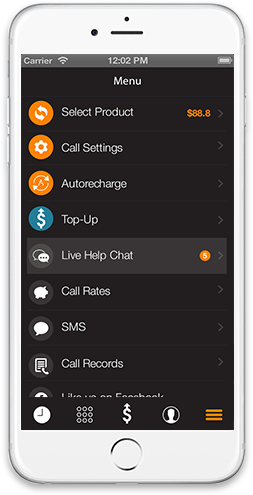 Save money on international calls to Albania or any worldwide destination.

Use the integrated chat support to get assistance while using NobelApp.

Send international text messages to Albania or anywhere in the world, at low rates!

Check your call duration and control your expenses.

Whenever you need to make calls to Albania, NobelApp is the right choice for you: we offer some of the lowest rates in the world, so you can place calls to Albania for a fraction of the regular long distance costs!

Making cheap calls to Albania is now easier than ever with NobelApp.Just install Nobel's brand new calling app on smartphone to get all the benefits:low rates to any country, prepaid cell recharges in 300+ worldwide networks and 24/7 live chat support! NobelApp can be found in iPhone AppStore and Google Play. With NobelApp, you get the absolute best calling rates to Albania - starting at 17.9¢/min! You can always check rates to Albania or any other destination right from the app in Dial Pad or Settings section. Moreover, you can use your credit to recharge cell phones or send cheap SMS to Albania.

Use NobelApp to call any other country in Europe

Need to call these nearby destinations as well? Check NobelApp's low rates:

Inspiration:
Albania had 3 million people but only 3000 cars at the end of the communist era in 1991 because private cars were illegal. The official title of Enver Hoxha was "Comrade-Chairman-Prime Minister-Foreign Minister-Minister of War-Commander in Chief of the People's Army"
Famous people:
Mother Teresa (1910-1997), the Nobel Peace price winner and beatified nun was an ethnic Albanian; the hero Skanderbeg; Inva Mula, the famous opera singer who voiced the Diva in "The Fifth Element" motion picture.
How to say Hello: Përshëndetje
Capital: Tirana
Country code: 355
Official language(s): Albanian

10 Easter Traditions from Around the World

Easter is almost here! How will you celebrate it this year? People from different countries might give different answers to this questi ...

Do you have friends or relatives abroad that you want to keep in touch with? Have you considered using a virtual phone card for your internati ...

* for payments in USD only.

NobelCom is a division of NobelOne Inc.